The Bomb Hoaxer and Minecraft

A few months ago I reported about Minecraft being used in a terror plot by a teenager. I had reported on this previously about his arrest and now I thought I would bring you up to date with his trial.

The trial has now concluded with a sentence being passed on the teenager that caused hundreds of fake bomb threats to Uk schools across the country and also a transatlantic flight.

The teenager has now been jailed for three years for making the hoax bomb threats. 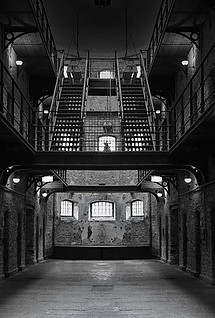 George Duke-Cohan who is aged 19 and comes from Watford, admitted making the calls and emails that led to multiple evacuations of schools and an FBI investigation into threats against a United Airlines flight from London to San Francisco.

Previously to the threat the airliner he had earlier made a bomb threat to his very own school, West Herts College, where he was studying for an IT diploma.

This threat led to the college being evacuated and affected 2,000 students. In February, his actions lead him to be excluded from college after admitting responsibility for the hoax.

Between 16 March and 19 March this year 2018, it was reported that more than 400 schools and colleges were forced to evacuate buildings after receiving similar emails threatening to detonate a bomb unless a financial payment was not made to the sender of the emails.

The court was presented one of the emails that were actually sent to a special needs school, which read:

“This is a message to everyone. We have sent in a student with a bomb… if you do not send the money we will detonate the device.”

Not only did this cause a massive disruption to thousands of pupils from 457 schools who received emails that were very similar it actually caused effects for some pupils such as anxiety and upset, but Luton Crown Court was also told.

Speaking to the accused at the time, Sky News was able to discover that the emails were all spoofed to look like they had been sent by the Minecraft gaming network VeltPvP all because the accused was in a feud with the group.

Duke-Cohan was arrested within days, however astonishing as it is to read, while under investigation in April he actually sent a further mass email to hundreds of schools in the UK and the US with the claims that pipe bombs had been planted on the complexes of the schools! This caused widespread panic throughout the targetted schools and their local communities.

further content of the emails was released during the trial:

“follow in the footsteps of our heroes who died at Columbine” referencing the massacre at Columbine High School in 1999.

“The point is that when you put the school on lockdown this student will set off the bomb, and will kill EVERY student in the room and maybe the rooms next to it,” he said in an email, adding: “Natural selection is coming and we plan on being the ones to start it off.”

While on bail for the school hoaxes Duke-Cohan escalated his home by then targetting a United airline’s transatlantic flight.

The Defense explained to the court how Duke-Cohan was a lonely, troubled child who had also been bullied at school. He began playing Minecraft and quickly got validation from the people he met and befriended online.

It was here as part of the online community that he was eventually groomed by hackers, his barrister explained.

“He became involved in a toxic atmosphere,” she told the court. “He started gaining the respect he lacked in his real, everyday life.”

That’s all well and good but as the prosecution stated, since he had been in custody there was still a fascination displayed with bombs and bragging about his offences.

In September, Duke-Cohan did plead guilty to three counts of making hoax bomb threats following the investigation by the National Crime Agency.

“He carried out these threats hidden behind a computer screen for his own enjoyment, with no consideration for the effect he was having on others.

Despite being arrested and having conditions imposed restricting his use of technology, he persistently broke those conditions to continue his wave of violent threats.

“This investigation proves that operating online does not offer offenders anonymity. We will identify you and you will be brought before the courts.”

While we let our children play online it is vitally important to make sure they are safe and this case shows that hackers are everywhere, I believe Minecraft to be very safe and it is up to us parents to educate children to be wary who the make friends with. the online community is an extension of the don’t talk to strangers rule we tell the kids when out in the real world and perhaps it’s one we should be telling them in the virtual world as well.

This, however, was a unique case be a teenager who needed recognition and probably never got the attention he craved when growing up. I can’t say for certain but I would not be surprised.

Is Minecraft dangerous for kids? it’s as safe as any online game but perhaps safer as there are safe modes where you can play in your own worlds with your own friends!