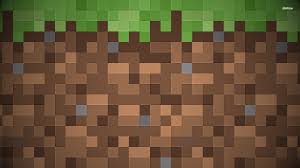 If you are not aware the new update from Minecraft was released and the update is called 1.11.2 version.

This was released for the Christmas holidays so it is now 4 months since it went live.

Why tell us now?

Good question and I am doing this newsflash as this is a guide more for parents rather than expert players so they can learn about the Minecraft as it plays a big part in their Children’s lives.

This update was required to fix bugs that interfered with the game and to also launch some exciting new features to add to the Minecraft Experience.

The release of this update and the new features was originally planned to be launched at the beginning of the Christmas Holidays and was executed on time, this allowed players to really embrace the updates and get used to the new additions.

New features that were introduced to the game were as follows:

firstly you need to put the Elytra wings on and then you will have to add firework rockets.

I have included a short you tube Video to explain how to do it:

Also, included in the updates are:

Iron Nuggets
+ Added Sweeping Edge enchantment for swords and Changes to the attack indicator. This well help you with an indication of when to attack something.

You can find the updates in your Minecraft launcher ready to download.