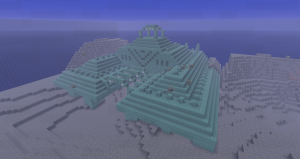 Spawning into worlds with unique weather, animals, and plants. These regions are known as biomes, deep under the sea we don’t have to worry about !!

In Minecraft, the Deep Ocean is an underwater biome in the Over-world. As you have probably guessed by my title description it is a water world with a large ocean!  In this biome, you can find an Ocean Monument under the water. In previous posts I have reviewed this in the Lego toy version that you can checkout here to get a better idea of what it is: click here 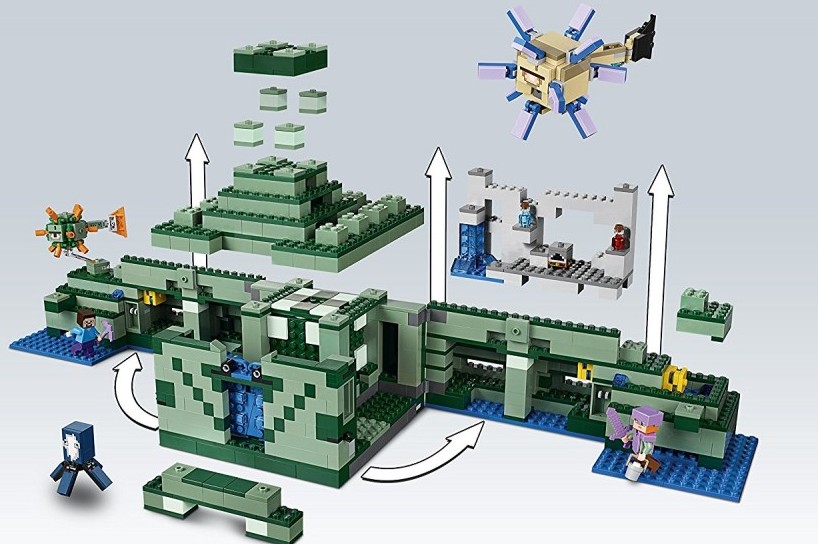 The Minecon Earth show happened late last year and is Minecrafts version of comicon. On the show there was a number of announcements with one being about Minecraft Oceans.

In fact the biggest announcement was about the update to reveal an Update Aquatic.

There is to be an entire overhaul to oceans coming in spring 2018 so as you read this the team is hard at work!  One aspect to look out for is Dolphins!

The idea is for the Dolphins being capable in leading you to treasure ! Flip-tastic or what!  ( sorry couldn’t resist! )

It is also worth noting though that  accompanying updates on the development of the Super Graphics Pack and cross-platform multiplayer for Minecraft on Switch will not be available until later in 2018.

On the Super Duper Graphics Pack, Minecraft released a statement confirming that the pack will be released in 2018:

“While originally set for release this year, there’s a lot of work to be done still and we’re not going to be ready to launch it in 2017. We’ll be releasing Super Duper next year.”

Also announced was the Nintendo Switch community will still be getting the new version of Minecraft with cross-platform multiplayer in 2018.

Here you can checkout the actual announcement from Minecon

Both warm and cold oceans have been created with the fish you currently fish in Minecraft, you will still find swimming around however you now have the chance  capture the fish in a bucket, take them back to your house and start your own aquarium!

Dolphins will still capture the headlines as they dart around you as you paddle or swim and  leap out of the water as well as lead you to lots of treasure.

The water physics have been changed as well to give you large bubble columns erupting from magma blocks far below that can play havoc with buoyancy and even pulling you into deep ravines if your not careful!

Players will find it easier to build underwater though as a result of the new underwater physics. You will also be able to explore shipwrecks, Icebergs and swim over Coral and through kelp.

There are dangers to look out for such as creature called “monster of the night skies” that was voted for by Minecraft fans. Its best described as an out of water Manta ray. 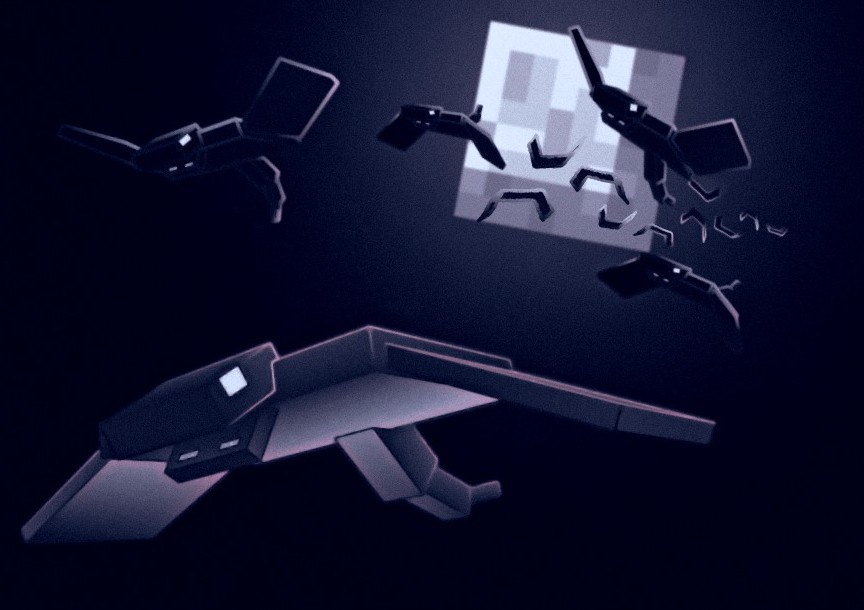 If I have missed anything please let me know in the comments below and I will add it to my post.

I hope you enjoy playing this world and good luck with that treasure!!