Microsoft owns Mojang, This is the company that operates the video game Minecraft. just recently they released two parts of the code that Minecraft uses in library form.

How Are Minecraft and Java linked?

What has Minecraft and the Java got to do with each other? Java-based Minecraft coding has literally created a new generation of Java developers thanks to them playing and creating in the game.

The  VP of Engineering and JBoss Middleware CTO Mark Little at Red Hat explained how this has assisted positive light to shine on the Java coding language. I have recently come across an interview he did with JAXenter which I have enclosed below.

You can view the interview here at JAXenter 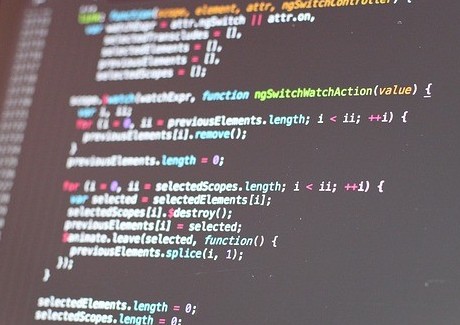 I wouldn’t guess that Minecraft is necessarily the first thing you would think of when talking about Java coding but, as it turns out, it has what it takes to breathe new life into Java.

Can Java-based Minecraft spawn a new generation of Java developers?

Mark Little: Yes it can, In fact, if you look at some of the articles that came out in 2014 when Microsoft announced they were acquiring Minecraft for $2.5 billion, you’ll find several which mention the developer community as one of the key reasons behind it. I’m not sure about the demographics of the Minecraft community but certainly back in 2015 when Arun Gupta, his son, myself and my son attended Minecon and gave classes throughout the day on how to mod Minecraft many of the attendees were towards the younger end of the age spectrum.

JAXenter: Last year, we did an interview series in which we asked a few Java influencers if this programming language can keep up with the modern world. Is Minecraft one way to do it? Has Java managed to leave its old ways behind and can this game help it be as hip as Go, for example?

Mark Little: It’s a different community. Maybe if someone developed a Go equivalent to Minecraft then who knows. However, Minecraft has definitely grabbed the attention of a huge number of people who probably wouldn’t have even considered programming before. My own example is a case in point: we bought my son, 11 at the time, a Minecraft licence and before we knew it he was teaching himself Java principles such as object-oriented programming, in order to build mods and install mods from others. I know (because we tried) that if I’d tried to get him to learn programming he’d never have done it. He was interested in Minecraft and therefore interested in doing more with it – something that he figured out on his own.

So for that reason alone, Minecraft has opened up Java to a range of people who probably don’t even realise the skills they have acquired through it, which could help them their later careers. There has also been a number of mod frameworks spring up to help make developing mods easier, and there are also various books on the topic aimed at people of all ages.

JAXenter: Microsoft, which owns Mojang, the company that makes Minecraft, recently released two parts of Minecraft’s Java code in library form. Do you think this will make young developers fall in love with Java?

People who can mod Minecraft already have a good understanding of Java and sometimes some pretty complex concepts.

Mark Little: Minecraft has always been involved in using Java. I know Microsoft made it available on the Xbox but I’m not sure how that version differs from the main Java version such as how it’s implemented or even if mods are possible. However, even that may encourage children to seek out the Java version and give it a try. It also has a social aspect because people can share their mods across the world and even participate in shared virtual worlds that they’ve created and mod-ed.

This also helps to shine a positive light on the Java language, showing that it’s possible to build scalable, distributed environments for a wide range of children as well as encouraging them to learn some basic programming principles if they want to start to change what they see.

JAXenter: What role does Java have in today’s agile, DevOps-oriented environment?

Mark Little: It’s still the dominant programming language in the enterprise, so whether you’re building enterprise clients, services or something in between, Java likely features in there somewhere.

JAXenter: What does Minecraft mean for enterprises looking to hire a continuous stream of developers armed with the skills that will carry over and through today’s and tomorrow’s application challenges?

Mark Little: As I said earlier, people who can mod Minecraft already have a good understanding of Java and sometimes some pretty complex concepts. If they’ve developed a mod themselves then chances are they understand how to test, release and support that component, especially if it’s become popular and used globally. “

This is another example of Minecraft working wonders for the development of the younger generations, whoever said Minecraft was obsolete need to think again, Many games have been and gone in the craze that engulfs them but it is Minecraft that is still being used in schools as an educational resource and should not be viewed as just a game as it is much more than that.

If you have any comments please leave them below and if wish to subscribe please fill out the green box on the right.