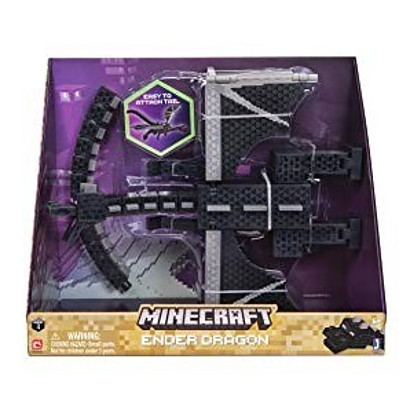 The only place you will find the Ender Dragon spawning is in The End, however, it is now possible for you to add the Minecraft Ender Dragon toy to your figure collection, Today!

Ender Dragon is a completely articulated with a 19-inch wingspan, a mouth that has the function of opening and closing and also has a tail and neck with excellent flexibility. This helps to re-create the 4 modes of attack that the ender dragon specializes in such as Circling, Strafing, Charging and Perching.

The total length of the Minecraft ender dragon toy figure is approximately 20 inches in length! and is ideal for children over For ages of 6 plus years as there are small pieces that could cause a choking hazard for younger children. This is stated on the packaging. 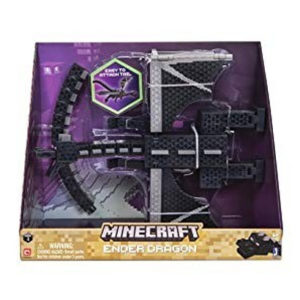 I’ve given the Minecraft Ender Dragon a high rating as I think it is a very good way of starting a child off on a collectable hobby but also a toy that can be played with, as well as an additional character with other Minecraft sets such as the lego sets as this really enhances a child’s imagination.

Benefits of the product

I think as a parent like some of you reading this article are, it is a good idea to start your child of collecting a series, especially in a niche that they have an interest in as this I believe can sow the seeds for a variety of attributes in later life such as:

I know I’m getting quite deep here but think about it, We have to have the patience to grow and nurture a savings plan for example and the earlier you start the better!

In order to add to their collection a child will normally do chores to earn the reward of a treat so there we have goal setting and problem-solving of how can they get their next toy.

The Minecraft ender dragon is a toy from a collection series you can add to and create that hobby and that mindset in your child or relative or for yourself! 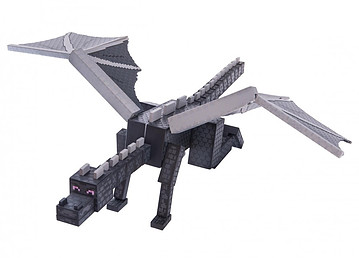 The Minecraft Ender Dragon toy has a 19-inch wingspan and is over 20 inches long making it one of the largest Minecraft action figures to collect.

Ender Dragon also has a mouth that opens and closes along with tail and neck flexibility which enables it to re-create the 4 modes it uses in the game they are:  attack: circling, strafing, charging and perching.

The wings and legs on the ender dragon are fully articulated which adds to the attributes already on the toy making it agile and versatile for children’s play. This helps to bring that imagination into play. I don’t know about you but I used to love listening to my kids play with there toys and listen to the running commentary, for me it was utter contentment.

Below is a close up of the dragon’s mouth which as mentioned opens and closes without a lot of effort from little fingers. 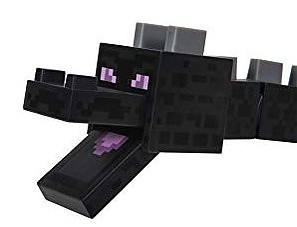 Who is the Product for?

The ender dragon is ideal for children over 6 years of age. This is the suggested minimum age due having a few smaller parts on it that can cause choking hazards with smaller children as let’s face it, they like to put things in their mouths so this is a sensible age although I would supervise children as old as 7 or 8 on this one personally,

I have discussed the product and why I think it is a good toy to buy your child but also what about adults? There are plenty of adults out there who love Minecraft as well and also plenty who collect toy figures as an investment. If you leave this in the box it will eventually grow in value.

Simply I like the versatility of the toy and I think it can be used as an action figure for many different scenarios and toy niches. Can you imagine Lego Ninjago figures battling an Ender Dragon!

The toy is bigger than expected when it is put together so compared to a lot of toys out there, it is value for money and provides entertainment for the children.

In my opinion, the figure itself is highly detailed and very durable for play.

One thing I don’t like about the product is sometimes it is difficult to get the Ender Dragon to stand properly because of the length of the tail. You have to get the balance correct. That’s the only thing that annoyed me a little but then it never affected my son when he was playing with it.

Its something to bear in mind it this is going to stand on a shelf or bedroom desk.

Do you want to go larger?

If this toy is not big enough for you then there is a larger version that has glowing purple eyes and fires plastic disks from its snapping jaws.

I will be adding a review on this shortly but in the meantime….. 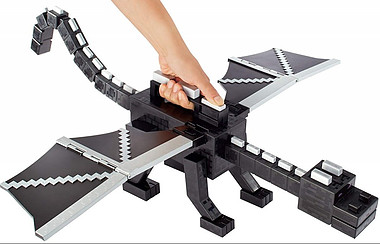 This is a much larger version and can be bought on Amazon for the best deal. This Imposing Ender Dragon has double-hinged wings that flap and an adjustable tail.

This version is more of an action figure than a collectable and is extremely hardy.

Batteries are required for this version as the eyes glow purple and there are also sound effects and are included.

You can buy this through amazon prime although more expensive it is much larger and has many more features on it. 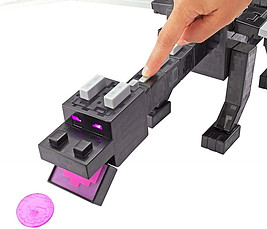 You can purchase this for $46 on Amazon. If you want to see the full write up or go and have a look you can do so by clicking the tab below:

I hope my review on the Minecraft Ender Dragon Toy has been useful to you as I do try and put myself in your shoes as a fellow parent as  I know how expensive toys can be so it is important to make the right choices for your wallet and for your child’s excitement of getting the toy they want and their happiness.

I would love to hear your views and comments and I invite you to leave a comment below or sign up to my newsletter even!  You can find the sign-up form in the left-hand column, its the green box, if you do then don’t forget to confirm your subscription so check that spam! haha

many thanks for reading 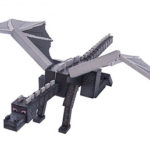