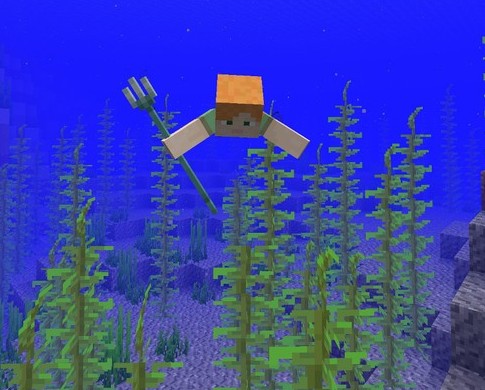 The Development of Minecraft continues to grow as a game and also as an educational platform and there are no signs of it slowing down as a massive update called Minecraft Aquatic which is available in Beta Version has now gone live.

As mentioned in that previous article the oceans with now have sea life in them with coral and kelp fields along the ocean floors with bubbles risingto the surface which will change the buoyancy of the ocean surface. All the new features will allow players to build underwater and also on the beaches.

There is also going to be sea turtles swimming in the oceans however they have been made bigger and will always swim back to there beach den. Also Baby turtles that hatch will be able to remember where they were born and will always return as well. 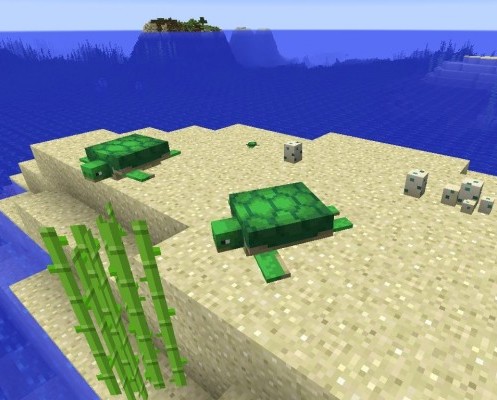 There is also a new Mob that will roam the oceans called “The Drowned” and will also be found in biomes and swamps so watch out!

The drowned will mainly be drowned Zombies and some will be armed with tridents so you will have yet another Mob trying to attack you!

As I informed you in January there will also be our friendly neighborhood Dolphins! which will always be very nosy and will probably come and check you out while you are swimming in the ocean.

You wil also find Fish mobs that you can catch and put into a home aquarium. Talking of home, you need to make sure you get to bed on time as there is a flying mob called “the Phantom” that will attack you if you stay up too late! yes I am being serious! 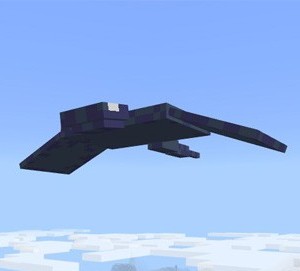 There are adventures in abundance to be had in the new Oceans as you will have icebergs, Ancient underwater ruins, lost shipwrecks, hidden underwater caves and deep ravines amongst other things to explore plus you can protect yourself with the new sea weapon which can only be one thing: A Trident! however It’s not any old trident as it is enchantmented so you can make it return to you like a boomerang after throwing it or you can get it to drag you along as you throw it!

You will also discover some extra additions for you try as well like getting around underwater has been made a little easier as there are now new features including new swimming motions that allow you to swim faster underwater and also the sun light penetrates the sea further so the deeper waters are brighter  which enables you to see further while you are under water.

Minecraft Aquatic opens up a whole new world of adventure and exploration as well as the chance to live and design wonderful buildings  underwater,  however there is still not an official release date as any problems encountered will still have to be looked for but it is an exciting new update and I am sure it will not be long before it is released to the whole Minecraft community.

If you have the Beta Android enjoy playing it and as for the rest of us enjoy that time when it comes!