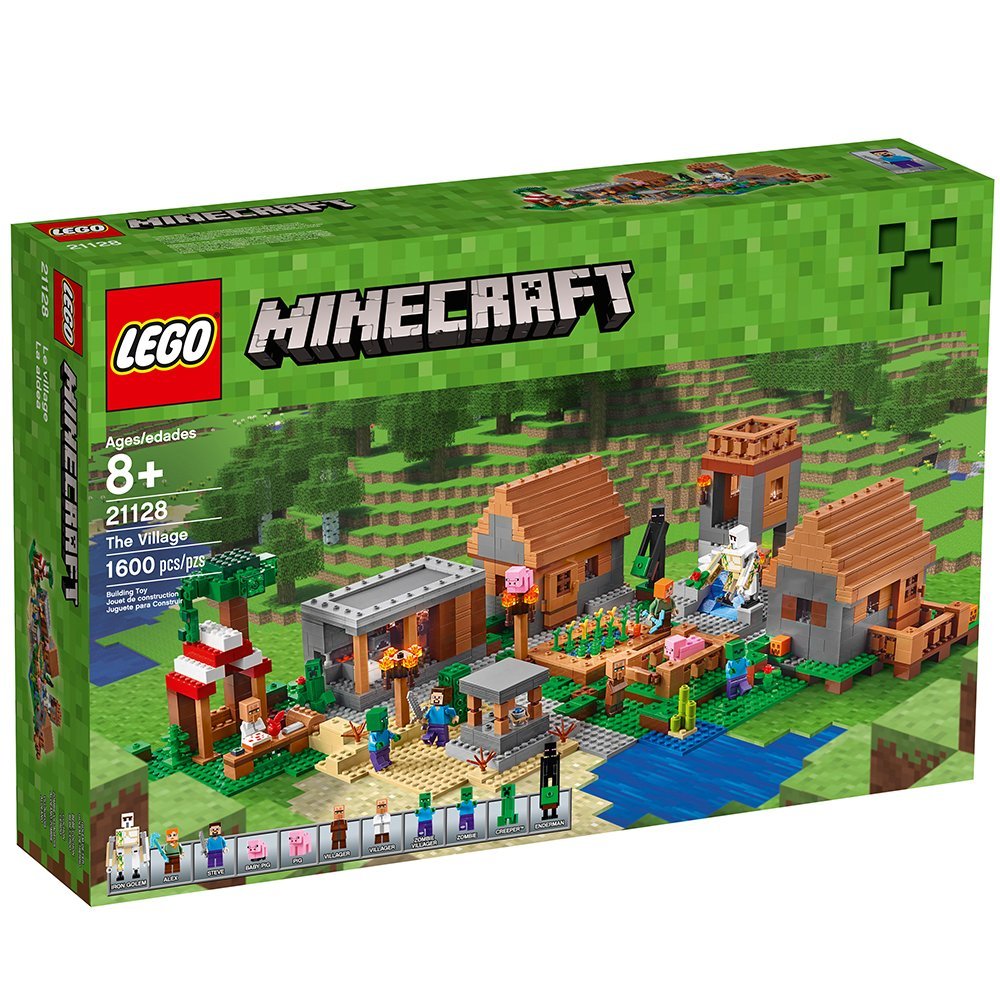 Attention Minecraft fans!!! You are going to  love this Lego set as you joining forces with Alex. Lego builders you will be able to set the challenge of constructing various biomes in addition to a watchtower, library, blacksmith, butcher, and marketplace.

There are over 1,600 pieces to the Lego Minecraft Village set which at it’s launch date was the biggest Minecraft Lego set to go on sale.

This will occupy creative minds such as the two young men in the video (you tube) and will do so for hours as their imaginations run wild acting out adventures while playing. Children can play with their favorite characters while learning survival skills such as growing vital crops and keeping an eye out for the exploding Creeper and  Endermen that roam after nightfall.

This a Standout Lego set which is an ideal gift for any Minecraft or Lego enthusiast looking to add to their collection.

Not only looks great on display but kids spend time engaged in play rather than building it and then smashing it up!

Your fun does not need to end at building this set as a key advantage to Lego Minecraft is that you can integrate it with other Lego Minecraft sets as well as other Lego themed sets, it’s your imagination as Lego is compatible whatever the theme.

If you click to enlarge this photo of the Lego Minecraft Village set for a closer look, everything you see in the picuture is what you get in the box. The modular set up allows you set it up with  a variety of different looks as there is not a set layout plan for the Village. Whatever way you decided to arrange your village it is a versatile set that not only looks great on display but kids spend time engaged in play rather than building it and then smashing it up!

The set is ideal for the 8-15 year age group but alot of customers have bought for children as young as 6 but adult supervision is advised not only for safety but also this set can take up to 5 hours to build.

The best platform I have found to buy this product is Amazon as they ship directly from their wharehouse where the product is picked and packed so you have peace of mind that you will actually get it!

The Lego minecraft Village set is a little pricey but if you can look past this then it is a great buy with many positive reviews stating how customers children loved the set.

I would reccomend to buy as along as it is not simply going to be built then smashed up. It would suit a child or teenager who will build and play with it and display it. 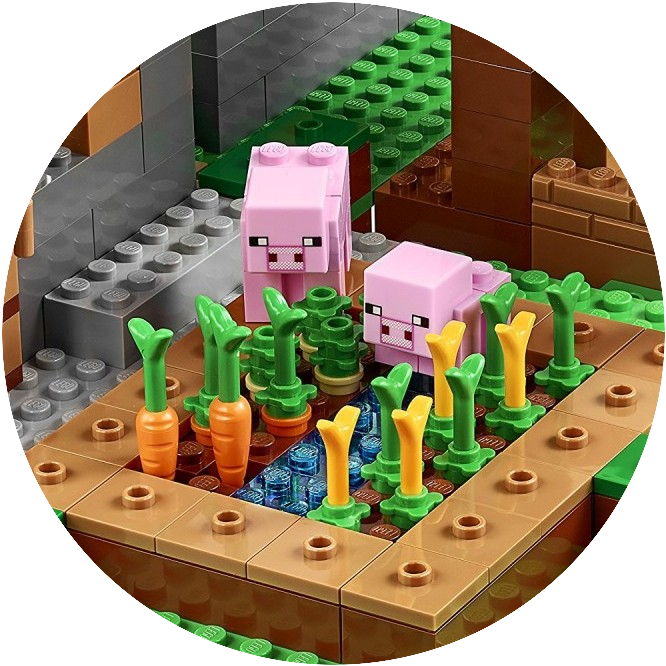 There are approximatly 1600 pieces to this set and you can buy on Amazon for $199.99 which works out roughly to be  12 cents per brick. That doesn’t sound too bad when broken down! The Dimensions of the minecraft village works out at  22.9 x 14.9 x 4.7 inches.

This is a collectors item so I would urge you to have this in your thoughts if you are buying for a child under 10 as it is alot of money however you do get what you pay for and when the price is broken down the majority of those peneeies per brick will actually be for the cost of making each brick, the labour and materials used to make it in the first place.

As always it’s been a pleasure to write this review and I hope it’s been worthwhile in helping you make up your mind. If you are looking for anything else on Amazon you can still click on the links above to have a browse as it takes you straight through.

If you have any views or comments you wish to share then please comment below for a chat! 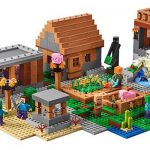