Sweden’s ancient language Elfdalian is being saved by Minecraft

Yes, you are reading this correctly! Minecraft is saving the day once again!

A unique idea has emerged from a group of language enthusiasts. The idea they had, was to save the ancient Swedish Language Elfdalian which is Sweden’s most endangered language as well as one of its most ancient.

But How is Minecraft involved?

Minecraft’s involvement was to help create an authentic village where Elfdalian is spoken thus preserving it in cyberspace forever!

The language almost died out a couple of years ago however this very rare Viking language has its origins in the Forests of Älvdalen in Dalarna and thanks to efforts made by language lovers it is making a revival with international speakers introducing it globally and also on Minecraft. 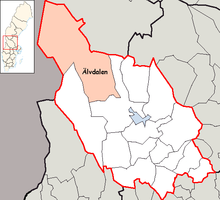 Swedish and American specialists have been creating a world in which the village of Älvdalen and the only language that will be spoke is that of Elfdalian will exist.

I have the utmost respect for these people in helping to preserve something so historical.

A recent article published in The Local which is a website reporting Swedish news in English had Christoffer Pennington a 25-year-old American explained how he wants to save the language, who moved to Sweden recently with his Swedish wife.

As fans they came up with the idea to build the village after discovering the language while back in America and as they are both Minecraft enthusiasts it seemed the perfect way to preserve Elfdalian.

Last year the couple paid a visit to Älvdalen and took part in a course learning the Language. This course also included teachings about the local area and about the culture of the language itself.

Listen here to the ancient language ! :

In order to save the language they need young people especially in Sweden to engage and learn, I for one hope they step forward.

If you wish to read the full article in The Local you can do here: Elfdalian