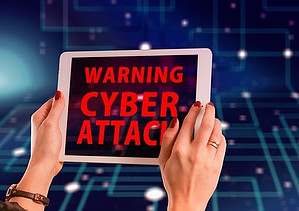 In the world of cybercrime, even an innocent game like Minecraft is not safe from hackers. From his Hertfordshire bedroom, Adam Mudd who is now 21 and has autism, managed to create global attacks by creating a Malware virus.

In 2013 when just a teenager himself, managed to record theft of £171,000 from 1.2 million cyber attacks, the money was paid into a PayPal account registered in Luxembourg when his trial was underway at The Old Bailey in London in 2017.

He was ordered to pay back almost £70,000 or he would receive a further two-year jail term.

A computer hacker jailed for masterminding global online attacks as a teenager from his bedroom must pay back nearly £70,000 or face another two years behind bars. 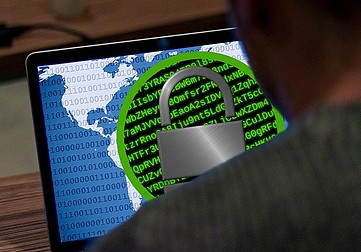 He was able to create the malware virus which he then used through a Titanium Stresser program, which was used to carry out the attacks on via Xbox Live games – Minecraft and Runescape.

The attacks, that are known as “distributed denials of service”, had resulted in many companies paying millions in order to maintain security against the Malware virus.

The court had heard during the trial that the 25,000 attacks on the game RuneScape had cost the company that owns it almost £6m while trying to defend itself against the cyber attacks.

During the trial at the Old Bailey, the court heard that Adam Mudd not only benefited from £171,000 but he had also sold the virus to other global cyber criminals to the tune of £386,000 in Us dollars and the cryptocurrency bitcoin.

After an intensive investigation, it was discovered that the program had been used by 112,000 users to attack various devices, 666,000 IP addresses to be correct, situated around the world which included 53,000 of them in the UK.

Between December 2013 and 2015, Adam Mudd launched 594 personal attacks. One was actually carried out at his college where he was studying computer science; West Herts College!

Other targets he personally went for were 70 schools, the universities of Cambridge, Essex, and East Anglia as well as Local Councils. This resulted in a plea of guilty at his trial to counts of:

“unauthorized acts with intent to impair the operation of computers, one count of making, supplying or offering to supply an article for use in an offense contrary to the Computer Misuse Act, and one count of concealing criminal property.”  The Old Bailey

Adam Mudd lived at home with his parents, he had an undiagnosed condition of Asperger syndrome during the time of the attacks. He was described as being interested in status around the online gaming community rather than the money he gained from is activities during his trial.

Being a victim of cybercrime is incredibly frustrating as it could be somebody from the other side of the world attacking you, hence tracking them down takes efforts of many agencies from different countries.

They do get caught though as seen here with Adam Mudd and also recently a very large dark web Cyber gang were jailed.

The Infraud gang who were made up of members across the world used a slogan “In Fraud We Trust” you can read more here on how they operated and how they were caught: Click Here to Read

It is not just a case of making your children aware of the dangers of whats lurking in the shadows online but you need to make sure your devices have the most up to date anti-virus software also to protect yourself, but then that goes without saying.

I’d be interested to read any of your experiences of cybercrime if you want to comment below!